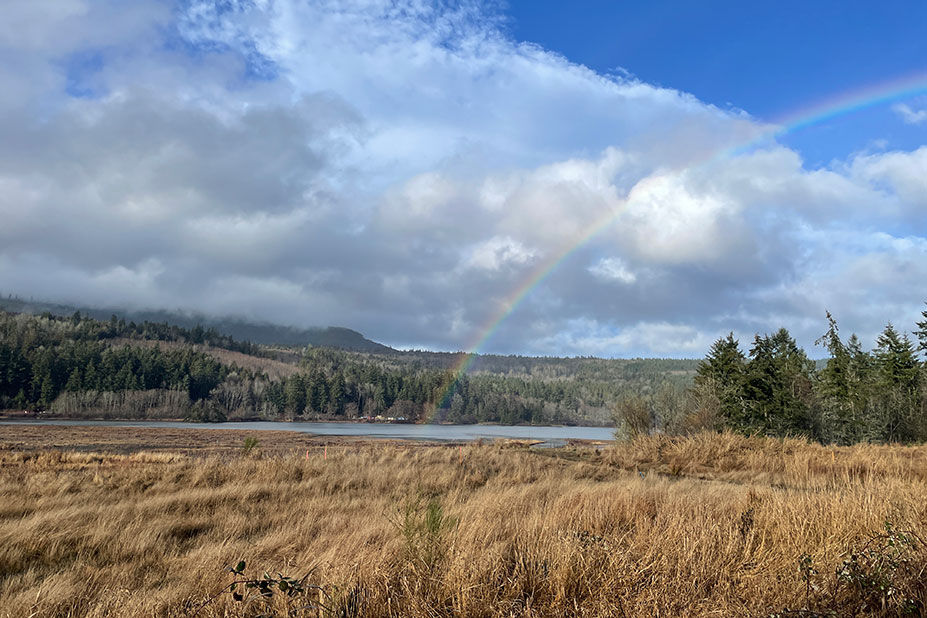 In December 2022, following years of activism by the land trust movement and conservation allies on Capitol Hill and around the nation, the United States Congress passed the Charitable Conservation Easement Program Integrity Act as part of its year-end spending bill.

“It’s a really exciting moment,” says Richard Tucker, Executive Director of Jefferson Land Trust. “It shows we have the power to address some of the challenges that face us by mobilizing and making our voices heard. We saw land trusts around the country stand up together and say, ‘We need to fix this.’ And Congress listened.”

This bipartisan legislation is designed to halt the abuse of conservation easement donations by closing loopholes in their regulation that have been exploited by some bad actors for substantial personal gain.

Conservation easements are the most common tool that land trusts use to help private landowners voluntarily conserve their properties. These legal agreements remove development rights from the land to ensure it remains available as forestland, farmland, open space, and/or wildlife habitat for all time. 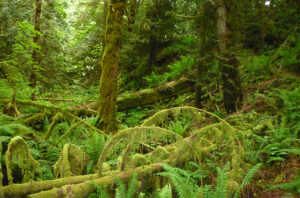 The Land Trust has been able to help many landowners in Jefferson County gain the reward of a tax incentive while protecting their land, as was the case for this property near Quilcene.

Land trusts often purchase these easements at fair market value; however, sometimes landowners choose to donate these easements (or a portion of the easement’s value, which we refer to as a bargain sale). Landowners who do this become eligible for a charitable tax deduction based on the fair market value of the easement gift. This incentive rewards those who are sincerely engaging in charity, with a genuine desire to protect their land. Across the nation, it has helped thousands of people voluntarily conserve millions of acres of their own land, and is key to the success of many of Jefferson Land Trust’s local land protection projects.

However, some bad actors were exploiting this incentive by taking advantage of loopholes in the system to claim billions of dollars in unwarranted deductions. These abusive transactions not only cheated American taxpayers — they also put at risk a tool vital to the success of land trusts’ work across the nation.

“Because the abuse was so egregious, there was a risk that the tax deduction would have been done away with altogether,” Richard explains. “That would have been devastating to our mission, because so many of our land protection projects here in Jefferson County have been made possible through donations and bargain sales of conservation easements.”

For almost a decade, legitimate conservation organizations have been working together to pursue a variety of public and private solutions to shut down these abusive transactions. This effort has been spearheaded by the Land Trust Alliance (LTA), a national organization that supports and empowers land trusts in a variety of ways, and helps ensure that land trusts in their network are operating ethically, transparently, and following the highest national standards for excellence. 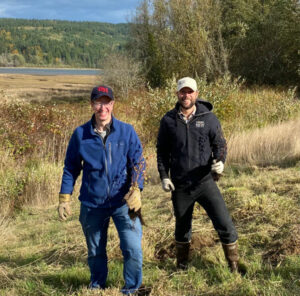 By passing the Charitable Conservation Easement Program Integrity Act, Congress has helped to ensure that this abuse finally ends — without removing this tax incentive for landowners who use it honestly to protect land for the benefit of future generations.

The bill was co-sponsored by Representative Derek Kilmer, who has long been an active advocate and supporter of our land conservation work in Jefferson County. We wish to thank Representative Kilmer for taking a leadership role in this important legislation, as well as the United States Congress; Washington State senators Patty Murray and Marie Cantwell, who supported the bill; President Biden, who signed it into law; and all the organizations, partners, and people who stepped up to write letters, make phone calls, and engage with our legislators to let them know that this Act was not only desired, but crucial.

“This is a time for celebration,” Richard says. “Conservation organizations across the country took action, were heard, and the abuse of the tax deduction for conservation easement donations that threatened the good work we’re all doing will be significantly curtailed in the future.”