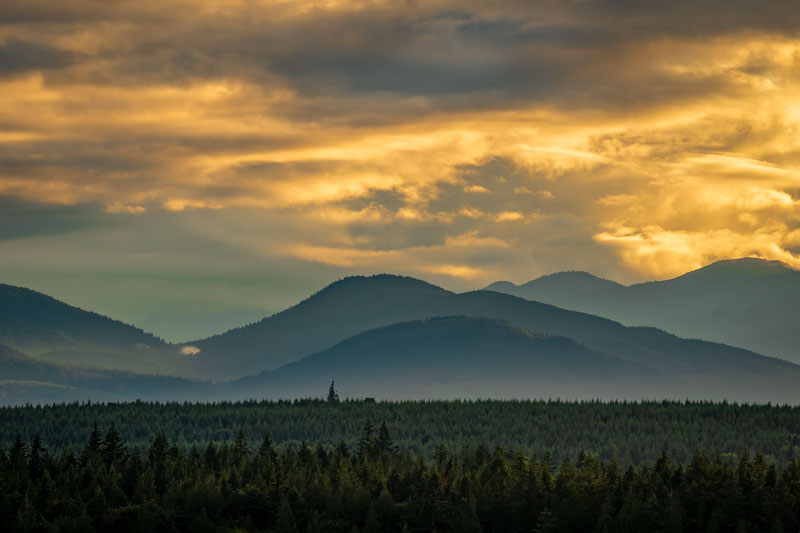 Jefferson Land Trust partnered with The Trust for Public Land and North Olympic Land Trust to study the economic value of the conserved farms, forests, trails, and parks in Jefferson, Clallam, and Kitsap counties. The result of the study is a special report entitled, “The economic benefits of conserved lands, trails, and parks on the North Olympic Peninsula” that was published in January 2021. The report finds that conserved lands are key economic drivers that generate hundreds of millions of dollars in economic benefits each year. 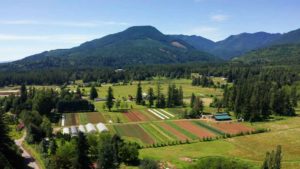 Midori Farm in Quilcene was protected by the Land Trust in 2017. Photo by John Gussman.

According to the study, protected land makes essential contributions to the region’s economy in numerous measurable ways. For example, farmland conservation helps to keep working farms active, allowing the area to generate $29.4 million of farm products each year. This in turn provides healthy local food to the community, maintains large open spaces, and supports habitat for wildlife.

“Preservation efforts of local farmland have led to the resurgence of the agricultural economies of Chimacum, Quilcene, and the Dungeness and have contributed to the economic growth of the North Olympic Peninsula,” said Richard Tucker, Executive Director of Jefferson Land Trust. “New farmers, increasing diversity of produce and meat, as well as increasing value added products are revitalizing this historically important sector. Vibrant farmers’ markets, farmstands and other outlets allow residents to enjoy locally produced food enhance quality of life.” 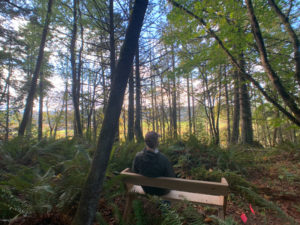 The Valley View Overlook at Valley View Forest in Chimacum offers a bench and a lovely peek-a-boo view of Center Valley below.

“The Trust for Public Land has measured the economic benefits of conserved lands, trails, and parks in dozens of communities across the country,” said Jennifer Plowden, Senior Conservation Economist at The Trust for Public Land and the report’s lead author. “The results show that these special places are not just nice-to-have amenities, but in fact are critical resources that safeguard the economic health of the communities on the Peninsula.”

The study finds that conserved farms and forests, trails, and parks on the North Olympic Peninsula:

The Trust for Public Land created a set of infographics that showcase some of the study’s findings. Click on any of them to see the full graphic and scroll through the set.