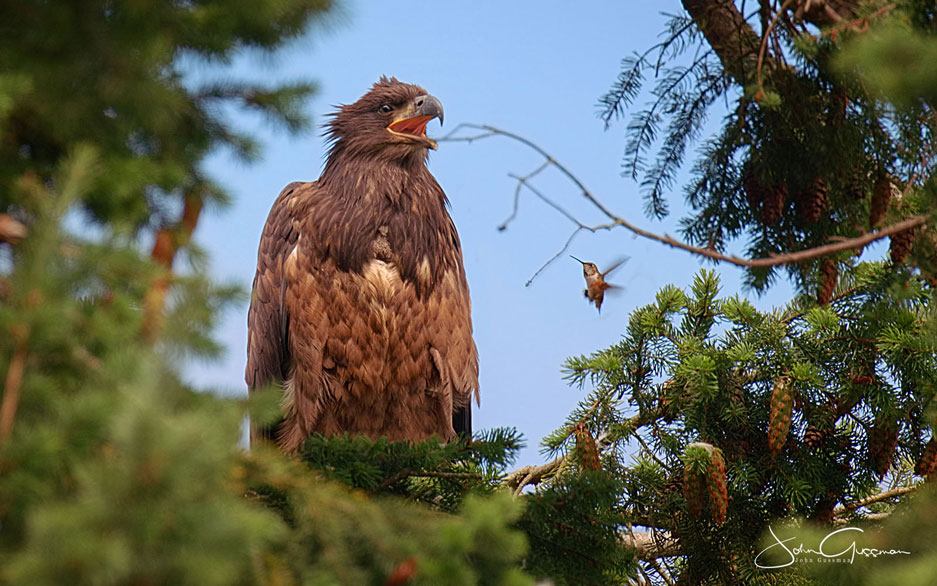 John Gussman captured this photograph in mid-July 2021 in the Sequim area.

A Study in Contrasts

In addition to working with the Land Trust on a variety of videos, John Gussman of DoubleClick Productions often generously shares his photos with us, like the one above that features a fledgling Bald Eagle and a fledgling hummingbird. John said that according to people who regularly monitor the nest location, both birds had left their nests on July 14, the day before he took the photo. The Bald Eagle is one of two young birds that he photographed earlier this year (see photos below).

In mid-May, John captured the two photos below in the Sequim area. With John’s permission, we shared the first photo on Facebook. It features an eaglet and its mom in the nest. The lower photo, which he took a few days later, shows the mom and two eaglets. 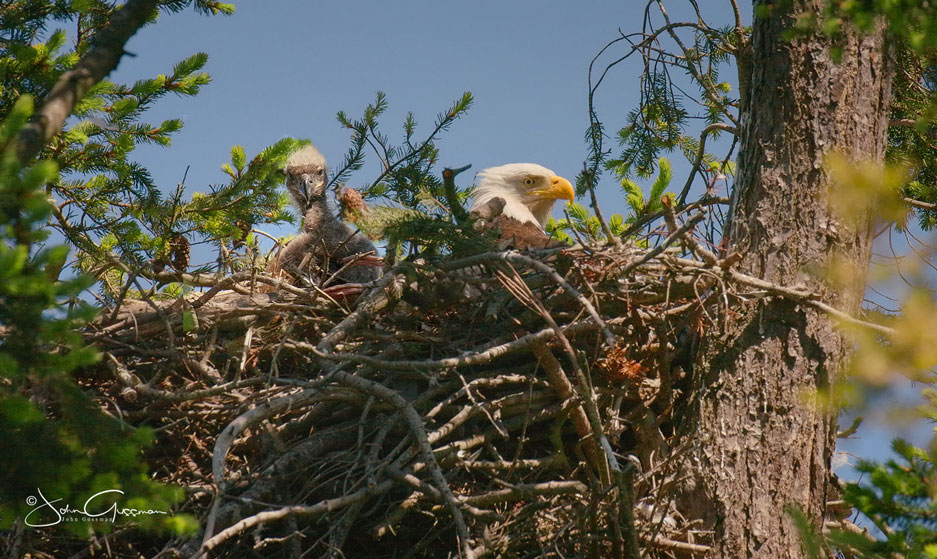 John Gussman took this photograph of a Bald Eagle and eaglet in mid-May 2021 in the Sequim area. 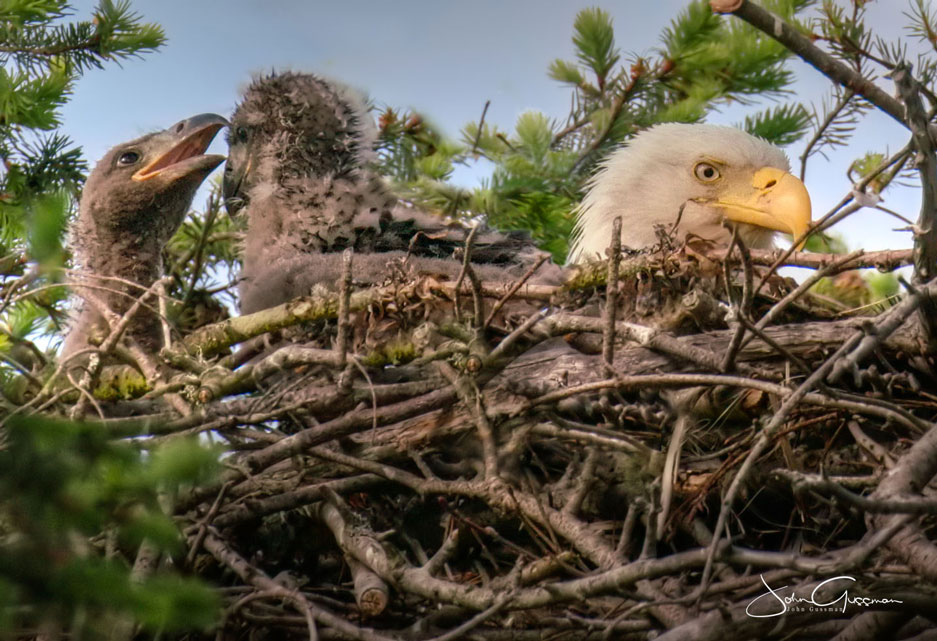 John Gussman took this photograph of a Bald Eagle and two eaglets in mid-May 2021 in the Sequim area.

If John’s stunning photos have you in the mood to view some more beautiful bird photography, check out the winners of the 2021 Audubon Photography Awards.