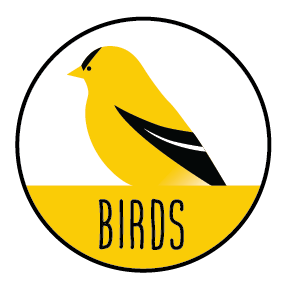 One interesting way to learn about a focal species bird is to create a year in the life of the bird. To do so, follow the bird’s life through one year in a non-fictional account. Use the recommended resources listed on the Exploring Birds page and Google, i.e., “songbird egg weights” to inform your story.

It’s January. She’s hopping about on the ground eating seeds, but only in the Olympic Peninsula lowlands, because higher up the snow covers up her food. She spends lots of time at bird feeders, and loves sunflower seeds because they have more calories. Life isn’t all good however, because she’s lost a couple of good friends recently — one got caught by a Cooper’s Hawk; and another crashed into a window — windows are a major cause of death for songbirds.

February and March: Days are getting longer, and she’s starting to notice some males singing on nice winter days. (Though it’s still a bit early in the season for her to be thinking about having young, nonetheless the males like this pre-season practice to get their song perfected when it counts in another month or so).

April and May: OK, now things are really moving! She decided to mate with a particular male whose rich song repertoire indicated more age and experience, and hence perhaps would ensure better survival of her young. Nice territory also — lots of bugs, and cover for a hidden nest.

She built most of the nest herself; he helped as little as possible. She laid 6 eggs in 8 or 9 days. Amazing feat, when you consider that the egg weighs maybe 10 or 20 percent of her body weight. After all the eggs were laid, she started incubating them.

The male kindly would busily bring food to her — juicy caterpillars especially because insects are much better sources of protein when reproduction is at stake. And after 12 days or so, the eggs hatched. The kids were totally helpless and rather ugly, but with mom and dad feeding them A LOT, they were actually fully feathered, and fully the size of their parents, AND able to fly in less than 3 weeks. Just think — 20 days ago, they were an egg!

The mom and the dad still feed the kids outside the nest for a couple more weeks, and then the kids are on their own, and maybe will never see their parents again. Mom and Dad may stay together, or they might get divorced, but one thing’s for sure — with little songbirds, if it’s a long growing season, they can often do a repeat performance, raising another batch of kids. Yikes, she had a friend once who nested three times in one summer.

June thru August: OK, it’s been awhile, and for the kids it’s been a challenge for them to stay alive, and not all of them do make it. There are predatory hawks, neighborhood cats, windows, parasites and diseases, and difficulty getting enough to eat. So it could be that by September, only half the offspring are still alive.

Fall: The mom and dad are now finished with breeding. The male no longer has a need to defend a territory, or attract a mate, and therefore there’s no need to sing. He and she just make all sorts of ‘chirp’ noises — lots of different chirps, their own rather sophisticated and subtle language (that mostly seems like meaningless chirps to ignorant humans). Some of these call notes indicate a mammal predator; some call notes just to stay in contact with their flock; and probably another ten chirp variations, each with its own meaning — even if to humans “if you’ve heard one chirp, you’ve heard them all.”

Meanwhile, lots of their friends and neighbors — even individuals of different species — are hanging out together in what humans refer to as a “mixed species flock.” More eyes to spot a predator, and give an alarm note. And lest we forget, fall is a very useful time to put on extra layers of fat.

And so it goes, year after year. If she’s lucky, she might make it to be 10 years old. But… often as many as one-third of her songbird relatives die each year, due to food scarcity, migration hazards, predators, ingestion of pesticides, and so forth.

Let us all wish her a happy and healthy year. She lives in Port Townsend, so she’s off to a good start.