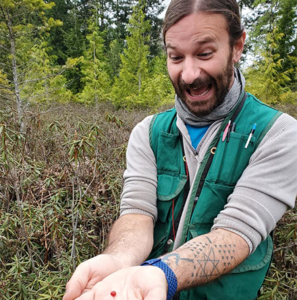 David Brownell moved to Washington in 2015 to take a position as the Cultural Resources Specialist for the Jamestown S’Klallam Tribe, and in 2018 he was designated as Jamestown’s Tribal Historic Preservation Officer by Tribal Council. In the fall of 2021, he became Executive Director of the North Olympic History Center. During David’s tenure with the Jamestown S’Klallam Tribe, he worked extensively with Jefferson Land Trust’s conservation team to secure and protect the Tamanowas Rock Sanctuary, and to educate and train Land Trust staff members on cultural resource identification and inadvertent discovery protocols. David is also a member of the Clallam County Heritage Advisory Board and the Jefferson County Historical Society Board of Trustees. He has joined the Land Trust’s Board to help integrate cultural resource awareness and preservation into the conservation of this ancient and irreplaceable landscape. 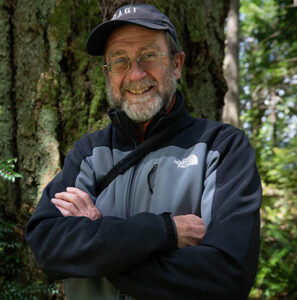 Tim Lawson moved to Port Townsend in 2004 and set up shop as a furniture maker. In 2007 he co-founded the Port Townsend School of Woodworking and in 2011 became the school’s Executive Director. Since retiring in 2017, Tim continues to teach at the school and helps organize the annual Port Townsend Woodworkers Show. In prior lives he worked as a field geologist in the UK, did mineral exploration in NW Queensland, and led software engineering teams in the UK, Japan, and the U.S. Tim is currently a member of LEO (the League of Extraordinary Observers), which works to photograph and document conservation projects throughout Jefferson County. 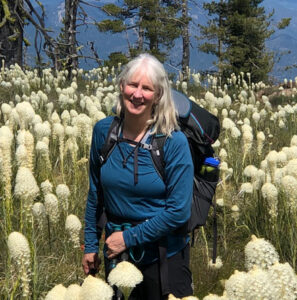 Julie Lockhart was raised in the Chicago area and moved west to Bellingham in 1982. She spent 26 years in the Department of Accounting at Western Washington University, where she developed and taught an award-winning course on environmental accounting. As Department Chair from 2000 to 2008, Julie instigated a new graduate program and spent time on donor relations to fund student scholarships and faculty research. During the last years of her professional career, Julie served as Executive Director of WinterSpring, a grief support nonprofit in Southern Oregon, where she honed her skills in all aspects of running and funding a small nonprofit. She also volunteered for the Southern Oregon Land Conservancy for 12+ years, nine of which were on the Board, with two stints as Treasurer. Julie and her husband, Asha, moved to Port Townsend in 2021. 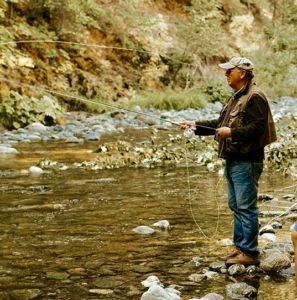 Edward Thompson, Jr. began his career as an attorney for the Environmental Defense Fund and, in 1980, helped found American Farmland Trust, which he served in various capacities, most recently as its California director, until retiring in 2017. Ed drafted the first model agricultural conservation easement and played a key role in securing its favorable IRS tax treatment. He was among those who formed the Land Trust Alliance (née Exchange) and successfully lobbied for major conservation easement funding programs at the federal level and in California. Ed and his wife, Ann, moved to Port Townsend in November 2021.

Please join us in welcoming David, Tim, Julie and Ed to the Jefferson Land Trust Board!