Congratulations to Robin Fitch on Seven Years of Board Service and a New Role at the Land Trust Accreditation Commission! 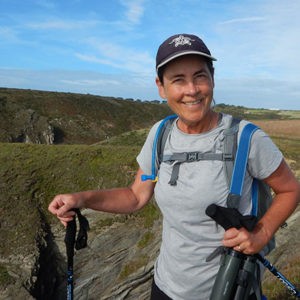 Robin Fitch served on the Land Trust Board for seven years.

After seven years of dedicated and inspired service, our friend and colleague Robin Fitch has stepped down from the Jefferson Land Trust’s Board in order to train as a commissioner at the Land Trust Accreditation Commission (LTAC), an independent program of the Land Trust Alliance that is charged with ensuring that accredited land trusts are held to the highest national standards for excellence and conservation permanence. We wish to thank Robin for her years of volunteer service and congratulate her on this exciting new step.

“It was an absolute delight working with Robin,” says Richard Tucker, Executive Director of Jefferson Land Trust. “Her wisdom, her insight, her dedication, and her many skills have been such an asset to our organization.”

Robin’s involvement with land trusts began many years ago, when she was living in California. “It was right about the time that land trusts were starting to really take off in our country,” Robin recalls. “I fell in love with being a volunteer for that land trust.”

Eventually, she moved back east, but while there were land trusts nearby, “the volunteering opportunity was just not there.” So one of the first things she did upon retiring and moving to Marrowstone Island was to check into her local land trust (that’s us!) to see what opportunities there were for participating. She was delighted by what she discovered.

“It was love at first sight,” she says. “I just liked everything I saw about Jefferson Land Trust. The Conservation Projects Committee turned out to be a great fit for me, and the work parties on Land Trust preserves were another great way to get engaged.”

Robin points out that Jefferson Land Trust makes an “uncommon” amount of room for people who live in the area to become engaged as volunteers. “It’s not just the Board members who can contribute,” she emphasizes. “You can go get your hands dirty at work parties, or you can be a Preserve Steward, or you can volunteer on a committee or in the office. That’s unusual for land trusts, to be so open for the community to come in and be part of the movement. It’s something to be cherished.”

She joined the Board in 2015, and was Board President for much of her tenure. She was also actively involved in the Finance Committee and in the Governance Committee, which manages our policies and practices, and through which she played a large role in helping us prepare to get successfully reaccredited by the LTAC.

“Robin is very organized, efficient, and hard working, but what stands out is her dedication to our mission,” Richard says. “She really loves what we do, and she was all in when it came to her Board role. She was also consistently supportive of the Land Trust staff and appreciated their professionalism and skills. I know the staff will miss having her as a leader.” 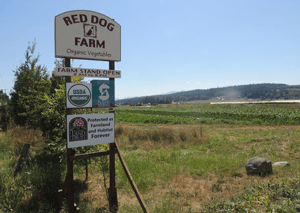 Her tenure on the Board was, she says, an exciting time to be behind the scenes at Jefferson Land Trust. “The Land Trust had already done so much incredible work. They were helping protect Tamanowas Rock and purchasing the first conservation easement for Chimacum Ridge Forest. Protecting Red Dog farm — that was another incredible achievement. I could talk about so many of the nature preserves, too.”

And yet at this same time, Robin recalls, the Land Trust was still young, and the staff was developing and expanding. During her tenure, the Board hired the Land Trust’s current Executive Director, Richard Tucker. Robin credits Richard with being a uniquely engaged team builder and leader.

“I don’t know of any other Executive Director who takes care of his staff as well as Richard does,” she says. “I always felt really good working with Richard because I knew that he was going to do the right thing.”

She also speaks highly of her fellow Board members. “Jefferson Land Trust has a truly high functioning Board. Every single Board member is exceptionally engaged and brings unique skills and experience. They really are an extraordinary, congenial, collegiate group of people who have made great contributions to the organization.”

The accreditation seal indicates that a Land Trust has demonstrated both strong ethical practices and a commitment to the long-term stewardship of land and conservation easements in the public interest.

Speaking of great contributions, we’re glad to report that Robin will continue to work with the Land Trust at our Duckabush Riparian Forest Preserve, where she’s been a longtime Preserve Steward. At the Land Trust Alliance, she will serve land conservation at a national level by training to be one of the commissioners who award accreditation to land trusts across the country that demonstrate that they are operating at the highest tier of ethics and professionalism.

Richard explains, “Accreditation is important because it’s our opportunity to open our organization to peer scrutiny — to make sure we’re following best practices and that we’re fully vetted in all aspects of our organization.” Each accredited land trust completes a rigorous review process and joins a network of organizations united by strong ethical practices.

Richard says, “I know that as Robin moves on to the LTA, she’ll bring a sense of true professionalism and a vast knowledge of land trusts and land trust operations. On behalf of everyone at Jefferson Land Trust, I wish her well.”