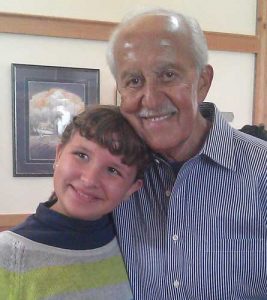 Throughout the year, our Save the Land business partners donate a portion of their profits to the Land Trust. In early March, at the age of 14, Aloura Remy became our youngest business partner. An artist with a love of wildlife, the local teen was inspired by her unofficial grandfather, Gabriel Ornelas, who passed away in early 2017. Extremely civic minded, Gabe (as he was known throughout the community) was a longtime supporter of the Land Trust and taught Aloura the importance of giving back to the community.

Since early March, Aloura has dedicated many of her Saturdays fundraising for the Land Trust. She and her mother (and sometimes her father) have set up a table at the Port Townsend Food Co-Op selling cards that feature Aloura’s wildlife-inspired artwork. She’s donated 50 percent of her sales to the Land Trust. Aloura is also donating 50% of any art sold through her website: Alourasart.com.

In addition to selling Aloura’s artwork, the family has been acting as unofficial Land Trust ambassadors, sharing the organization’s brochures and spreading the word about our recent successful fundraising effort to protect and create a new nature preserve on Marrowstone Island. 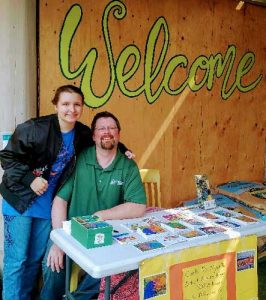 “People stopping by our table were curious about the Land Trust,” said Adelita. “We had to keep asking for more brochures because we kept running out. And some people even wanted to know how they could donate land, so we gave them Sarah Spaeth’s business card.”

Now, Aloura’s parents, Adelita Jorquera and Doug Remy, have decided to join her in supporting the Land Trust and honoring Gabe’s memory. A real estate broker with her own business—Better Properties Tri-Counties LLC—Adelita plans to donate a portion of her commission on every real estate transaction in which she’s involved. A loan officer with Fairway Independent Mortgage, Doug will also make a donation each time a home loan closes.

The couple works as a team, serving the real estate markets of Jefferson, Mason, and Kitsap counties. With Adelita fluent in Spanish and Doug an Ex-Marine, they specialize in serving local Hispanic families and veterans. This dynamic duo has an office in Silverdale and will be opening a second office in Poulsbo in early 2019. 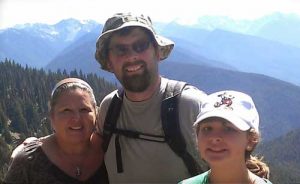 The family enjoying a hike on Hurricane Ridge

The family, who has lived on the Olympic Peninsula for 10 years, spends a lot of time outdoors. They’ve enjoyed hiking Hurricane Ridge, around Lake Crescent, and in the Hoh Rain Forest. Having lived next to Fort Worden for three years before moving to Silverdale, they’ve also logged a lot of miles on the trails at Fort Worden and on North Beach. Adelita believes that’s where Aloura developed her love of nature and wildlife. The birds and mammals of North Beach feature prominently in Aloura’s art.

Having worked in the real estate industry for more than 20 years, Adelita believes that supporting the Land Trust is a good fit for both her and Doug. “People are moving to this area because of its beauty and organizations like the Land Trust that ensure the area isn’t overbuilt.”

“We need nature.” Adelita continued, “Having natural, open places and trails close by are a big attraction for home buyers. And those amenities help to maintain and can even increase the value of a home.”

Below is a nice selection of Aurora’s wildlife-inspired art.