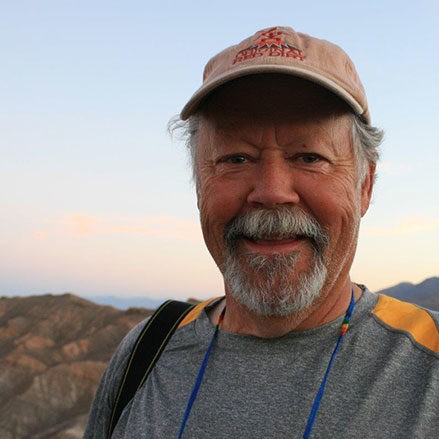 Michael is a retired professional geologist who spent most of his career at the U.S. Geological Survey based in Denver, Colorado. He has an MSc in geology from the University of Colorado. He has published about 150 scientific papers, most recently on paleoseismology, the study of ancient earthquakes. In Denver, he was the President and Treasurer of the Colorado Scientific Society, a non-profit group dedicated to earth science education. He joined the Jefferson Land Trust in 2004 after buying property in Port Townsend. Upon retiring in 2008, he and his wife Nancy moved to Port Townsend where they built their home by hand.

In 2010, Michael reorganized a local geology group and formed a partnership with the Jefferson Land Trust. The Jefferson Land Trust Geology Group organizes periodic talks and field trips on aspects of local and regional geology. In his spare time, he is a sailor, boat builder, woodworker, cook and bottle washer, consulting geologist and active member of his homeowner’s association at Kala Point.