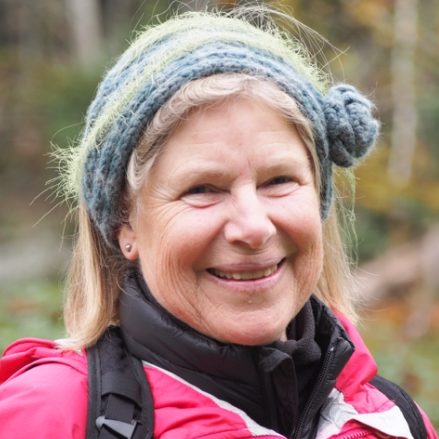 Favorite activity: Hiking and naturalizing on the Olympic Peninsula

A life-long resident of the Puget Sound Basin, Marcia earned a BA in biology and a Master of Health Services Administration (MHA) from the University of Washington, Seattle. She worked as project manager, administrator, and medical technologist at Seattle Children’s Hospital during the 1980s. Then she turned her energy to health policy reform with the Health Policy Analysis Program at the U.W in the 1990s. As staff to Governor Gardner’s Health Care Commission, she contributed to healthcare reform legislation to insure all Washingtonians access to healthcare. Her last paid work was as an elected City Counsel Member for the newly incorporated City of Kenmore from 2000 through 2005.  Since retiring and moving to Shine near Port Ludlow she earned her Master Gardener certification then volunteered for that organization and others. Taking the Jefferson Land Trust’s Tidelands to Timberlands coarse in 2015, she has been a steward on the Donovan Preserves and a volunteer ever since, as well as contributor to the Land Trust for many years.